The mineralization is associated with a strongly sericite altered, coarse grained, augen orthogneiss with pyrite and molybdenite filled fractures, quartz veining, and localised brecciation. The zone occurs along the projection of the GS Main structure to the west and highlights the significant potential for additional zones of near surface mineralization in close proximity to the Golden Saddle deposit.

The newly discovered zone was targeted with a revised geologic modeling based on DIGHEM, IP-Resistivity and historic drilling. The holes were targeting the interpreted intercept of the GS Main structure with a favorable felsic gneiss unit that hosts the majority of the resource in the adjacent Golden Saddle deposit. The discovery highlights the potential for additional, new surface, zones of mineralization adjacent to the Golden Saddle.

There is not currently enough information to estimate true thickness of the mineralization on the GS West at this time. 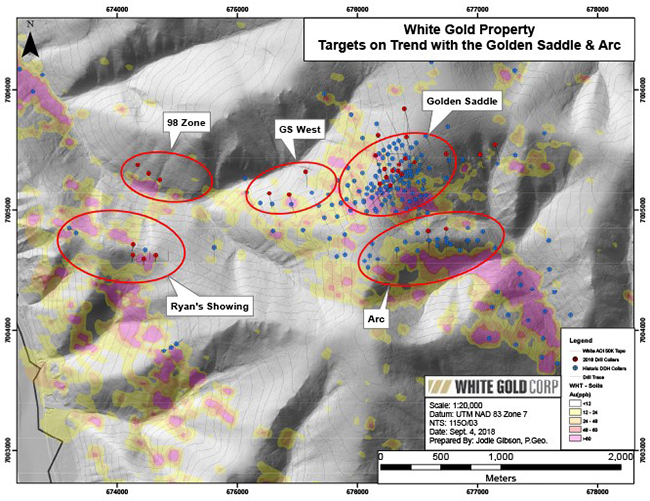 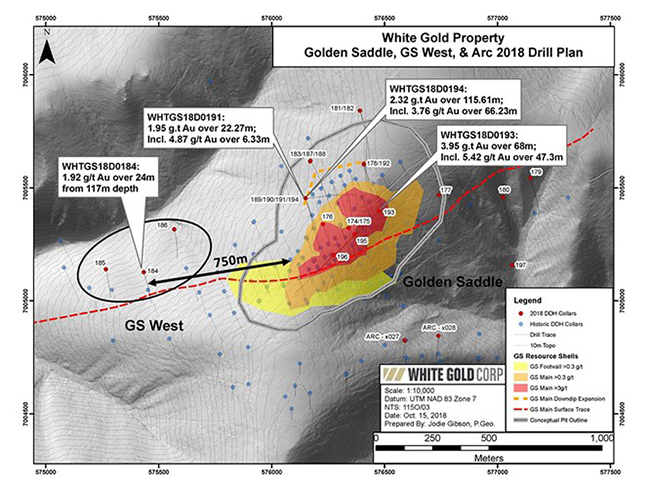