Toronto, Ontario – White Gold Corp. (TSX.V: WGO) (the "Company") is pleased to announce that it has entered into a binding purchase agreement dated May 18, 2017 (the "Agreement") with Kinross Gold Corporation ("Kinross") pursuant to which the Company has agreed to acquire the entities holding 100% of Kinross’ properties in the White Gold District, Yukon (the "White Gold Properties"); consisting of the White Gold, Black Fox, JP Ross, Yellow, and Battle properties (the "Acquisition"). The Acquisition consolidates and expands the Company’s already substantial land position in the White Gold District, and adds approximately one million ounces of gold grading between 2.7 to 3.19 g/t gold on the Golden Saddle area based on historic estimates of Measured and Indicated Resources on the White Gold Property. Total consideration to be paid to Kinross for the White Gold Properties will consist of the issuance of 17.5 million common shares of the Company, an upfront cash payment of C$10 million, which will mostly be funded from the proceeds of a non-brokered private placement (the "Agnico Financing") with Agnico Eagle Mines Limited ("Agnico") and up to C$15 million in future milestone payments (as discussed below).

Following the completion of the Acquisition and the Agnico Financing, Agnico and Kinross will each own approximately 19.9% of the Company.

Shawn Ryan, Chief Technical Advisor of the Company, commented, "We are very excited to be acquiring Kinross’ Yukon portfolio; including the White Gold property. The acquisition adds significant exploration potential to our already dominant land position in the White Gold District. Our ultimate goal in the Yukon is to leverage our team’s track record of successful exploration and discovering mineral resources in order to discover additional gold deposits and this acquisition greatly enhances our prospects. Historic reported resources on the White Gold Property indicate the potential for approximately one million ounces of gold grading between 2.7 – 3.19 g/t gold on the Golden Saddle in the Measured and Indicated Resources categories and we look forward to getting on the property to expand the mineral footprint. Furthermore, we are very pleased to now have strong support from both Agnico and Kinross as we advance our exploration programs in the Yukon. Both companies are world class, top tier gold producers and bring unique benefits to our other shareholders."

"Agnico Eagle looks forward to working with White Gold and Kinross and to leveraging our respective expertise and experience to advance the exciting opportunities in the district," said Sean Boyd, Agnico Eagle’s Vice-Chairman and CEO.

"We look forward to working with Agnico Eagle and White Gold Corp. to support the pursuit of quality development opportunities in this highly prospective and largely underdeveloped district," said J. Paul Rollinson, President and CEO of Kinross. "This investment will allow the three companies to pool their expertise together to strengthen their position in this excellent mining jurisdiction."

Summary of the Consideration Paid for the Acquisition

The purchase price for the Acquisition consists of:

Summary of the White Gold Properties

The project location map of the properties of Kinross to be acquired is attached as Schedule "A" to this News Release.

Additional information on all the properties and the Company’s planned exploration activities will be reviewed in future news releases.

The White Gold Properties are subject to two pre-existing annual advance royalty payments in the aggregate amount of $130,000 that will remain in force should commencement of commercial production begin with respect to certain claims, and three pre-existing net smelter returns royalties equal to 4%, 2% and 2%, respectively, each relating to different claims and each subject to reduction options. Furthermore, if either mineral reserves, measured mineral resources or indicated mineral resources are located on certain claims comprising the White Gold Properties and are disclosed in a National Instrument 43-101 – Standards of Disclosure for Mineral Projects ("NI 43-101") technical report then the Company will be obligated to pay a royalty equal to $1.00 per ounce for any ounces of gold (using a cut off of 0.5g/t). Each of these royalties is held by Shawn Ryan, a director of the Company. In connection with the Acquisition, the Company, Kinross and Mr. Ryan have entered into an agreement (the "Amending Agreement") pursuant to which the Company has, among other things, agreed to assume the royalty payment obligations in respect of the White Gold Properties, and the parties have agreed that the Company may elect to satisfy part of its $130,000 advance royalty payment obligation through the issuance of common shares of the Company. The Amending Agreement, which will be effective upon closing of the Acquisition, also provides for the issuance to Mr. Ryan of 70,500 common shares of the Company upon completion of a bankable feasibility study with respect to the White Gold Properties. The entering into of the Amending Agreement by Mr. Ryan will be considered a "related party transaction" pursuant to Multilateral Instrument 61-101 – Protection of Minority Security Holders in Special Transactions ("MI 61-101"). The Company will be exempt from the requirements to obtain a formal valuation or minority shareholder approval in connection with the entering into of the Amending Agreements in reliance of sections 5.5(b) and 5.7(a) of MI 61-101.

In connection with the Acquisition, Agnico has exercised its right to maintain its approximately 19.9% equity ownership in the Company. To maintain its equity ownership, Agnico will subscribe for approximately 4.4 million common shares of the Company at a price of C$2.01 per share on a non-brokered basis for gross proceeds to the Company of approximately C$8.75 million. The common shares of the Company to be issued to Agnico will be subject to a statutory 4-month hold period. The net proceeds of the Agnico Financing are expected to be used to substantially fund the upfront cash payment portion of the Acquisition as more particularly described above. Closing of the Agnico Financing is expected to take place concurrently with the closing of the Acquisition.

Following the completion of the Acquisition and the Agnico Financing, the Company expects to have approximately C$22 million of cash on its balance sheet.

Completion of the Acquisition, the Agnico Financing and the transactions contemplated by the Amending Agreement are subject to a number of standard conditions, including receipt of all regulatory approvals and the acceptance of the TSX Venture Exchange (the "Exchange"). The transactions are expected to close during the second quarter of 2017.

These forward-looking statements are based on reasonable assumptions and estimates of management of the Company at the time such statements were made. Actual future results may differ materially as forward-looking statements involve known and unknown risks, uncertainties and other factors which may cause the actual results, performance or achievements of the Company to materially differ from any future results, performance or achievements expressed or implied by such forward-looking statements. Such factors, among other things, include: satisfaction or waiver of all applicable conditions to the completion of the Acquisition (including receipt of all necessary regulatory approvals or consents, and the absence of material changes with respect to the parties and their respective businesses, all as more particularly set forth in the Agreement); the results expected from the Acquisition not being realized; ability to close the Offering on the proposed terms or at all; uncertainties relating to the availability and costs of financing needed in the future, including to fund any exploration programs on the White Gold Property and the Company’s other properties; business integration risks; fluctuations in general macroeconomic conditions; fluctuations in securities markets; fluctuations in spot and forward prices of gold, silver, base metals or certain other commodities; fluctuations in currency markets (such as the Canadian dollar to United States dollar exchange rate); change in national and local government, legislation, taxation, controls, regulations and political or economic developments; risks and hazards associated with the business of mineral exploration, development and mining (including environmental hazards, industrial accidents, unusual or unexpected formations pressures, cave-ins and flooding); inability to obtain adequate insurance to cover risks and hazards; the presence of laws and regulations that may impose restrictions on mining; employee relations; relationships with and claims by local communities and indigenous populations; availability of increasing costs associated with mining inputs and labour; the speculative nature of mineral exploration and development (including the risks of obtaining necessary licenses, permits and approvals from government authorities); the unlikelihood that properties that are explored are ultimately developed into producing mines; geological factors; actual results of current and future exploration; changes in project parameters as plans continue to be evaluated; soil sampling results being preliminary in nature and are not conclusive evidence of the likelihood of a mineral deposit; title to properties; and those factors described under the heading "Risks and Uncertainties" in the Company’s most recently filed management’s discussion and analysis. Although the forward-looking statements contained in this news release are based upon what management of the Company believes, or believed at the time, to be reasonable assumptions, the Company cannot assure shareholders that actual results will be consistent with such forward-looking statements, as there may be other factors that cause results not to be as anticipated, estimated or intended. Accordingly, readers should not place undue reliance on forward-looking statements and information. There can be no assurance that forward-looking information, or the material factors or assumptions used to develop such forward-looking information, will prove to be accurate. The Company does not undertake any obligations to release publicly any revisions for updating any voluntary forward-looking statements, except as required by applicable securities law.

Neither the Exchange nor its Regulation Services Provider (as that term is defined in the policies of the Exchange) accepts responsibility for the adequacy or accuracy of this news release. 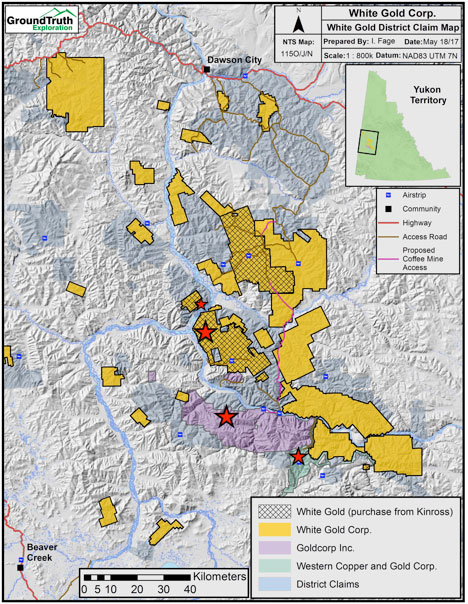